My body has a built in clock alarm. I had set my phone to beep at 4:30, so that I would get a ride in my host’s car early in the morning. And even though it’s crazy early for me, I woke up on my own at 4:20. 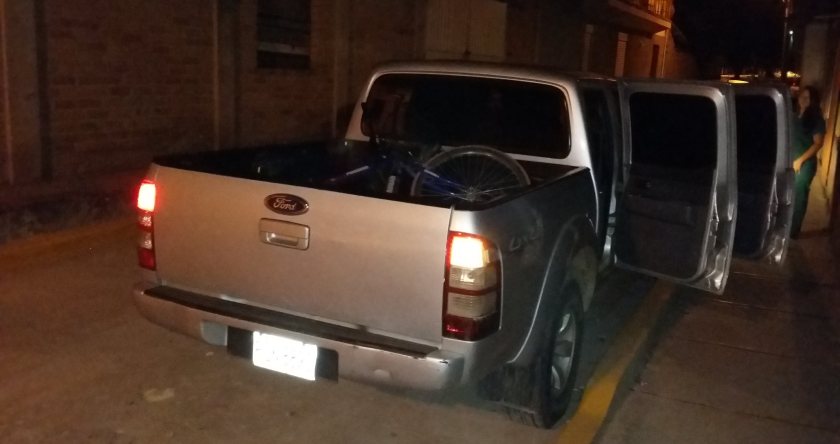 The car ride was unremarkable. I wanted to examine how hard it would be to bike, but I slept through most of it! But yes. Probably a really tough bike ride!

I tried to get a pic of the pretty sunrise from inside the car, but it was hard.

We arrived in Tegucigalpa at 6am, and they dropped me off at a Circle K mini-market in the center of the city. I had not yet figured out where to stay the night, and was unused to being at my destination so early in the morning. Luckily there was free WiFi, and I could surf around in peace to figure out the best solution.

It was tricky to find a fitting couchsurfing host, and in the end, I decided to bike through the city to Hostal Palmira, seemingly the cheapest one in the city, at 210 Lempiras per night. 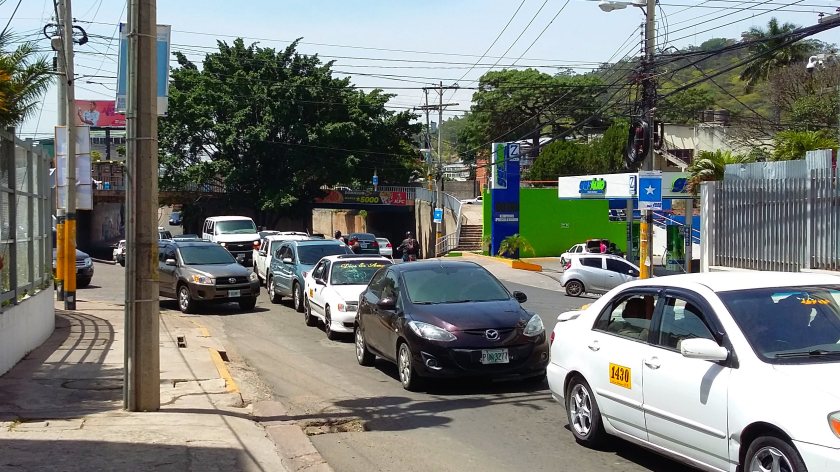 It was fun to bike past and between cars stuck in traffic.

The hostel was normal; nice but nothing to write home about. I found a girl from couchsurfing who wasn’t able to host me, but who wanted to show me around, so I got back on my bike and went to have lunch! 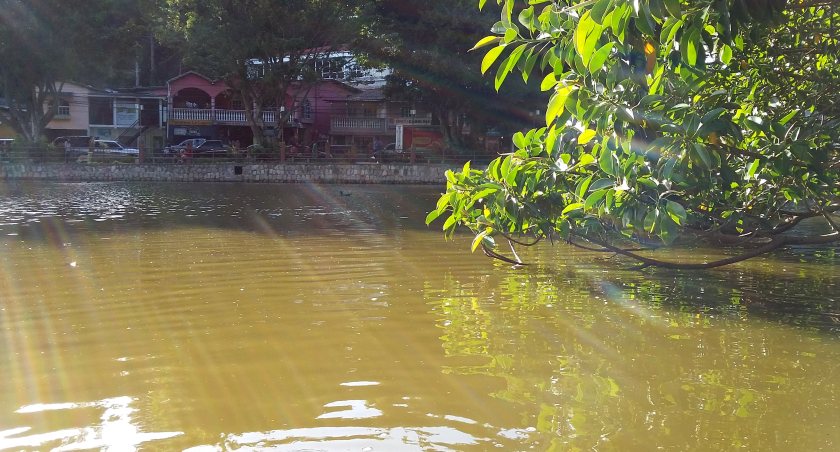 After lunch, we went to a small old town called Santa Lucía, which has old buildings and a little lake. 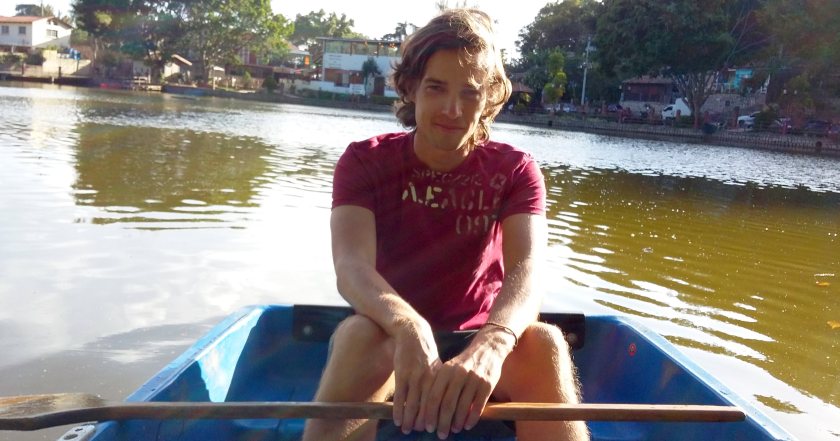 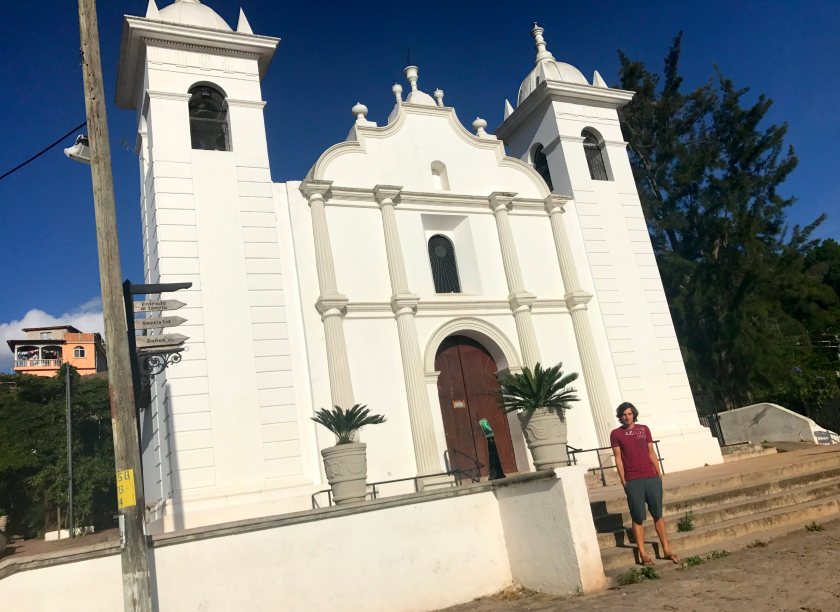 There’s also an old church here. How old? I dunno.

All in all, a long but nice day with good company! The only blemish was that I lost the keys to my good ol’ lock, that I had used for my locker at the hostel. We had to break it open. 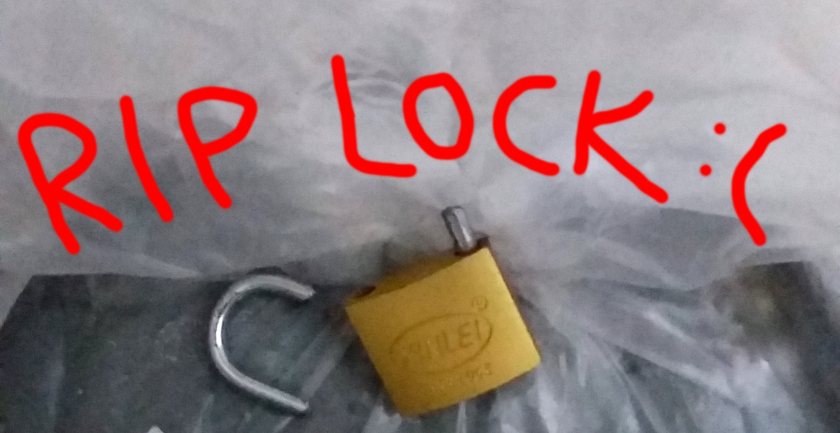 Seems like more and more things are breaking or getting lost on my trip. 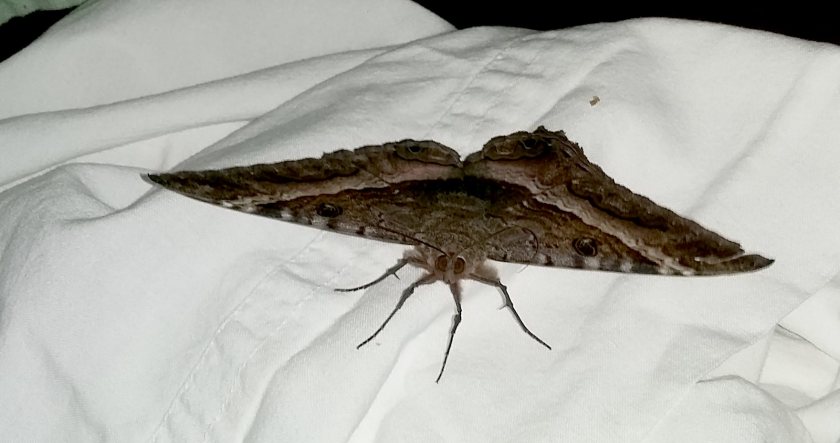 This hand-sized creature just flew in and landed on my bed as I was about to go to bed! Is that a bat or a huge moth?! I’m not even sure, but it was fascinating and almost a little scary.

It was cool though! I took pics.

This blog is about my 2017 biking trip starting in Cancún, Mexico, and going all the way down to Managua, Nicaragua.

I’m Fredrik, a Swedish music guy, and I wanted to try out something new and challenging. I will try to update regularly with pictures, experiences, and information about roads, hostels, restaurants, prices, etc!